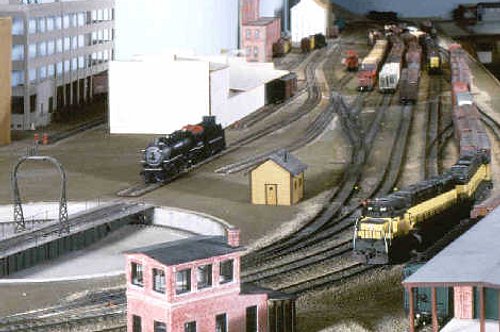 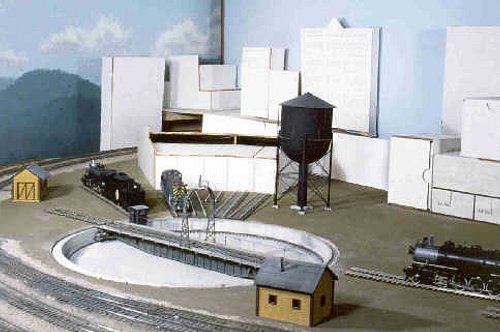 The City of Port Columbia rises up behind Willow Grove roundhouse

The westbound tour of our layout continues to Willow Grove

We have now reached the mighty Columbia River and the bustling city of Port Columbia. Lewis and Clark ate lunch here and not many people know this was once the capitol of the Territory of Washington until it was moved (cowardly in the middle of the night!) northward.

It remains a busy commercial center with manufacturing, warehousing, retailing and a variety of cultural offerings such as the famous Smelt Carving Festival in May or the Banana Slug Round Up in late September.