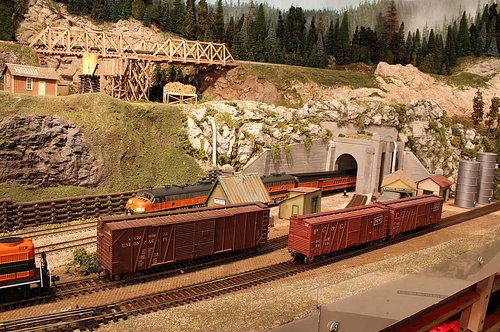 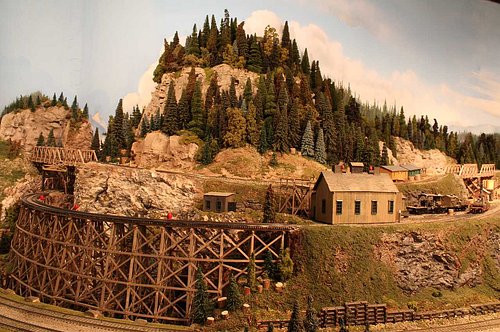 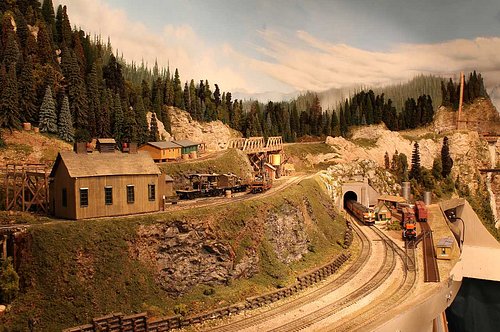 Very quickly the mainline ducks into another tunnel, No. 9, just west of the summit

The westbound tour of our layout continues to Gilman

The views at Methven Summit are breath taking!
Bring your camera.

The PC&E crests the Cascade Mountains in a long tunnel at Methven Summit.

Tunnel builder John Methven, a charter member of the PC&E Board of Directors, realized the need for a base from which to fight the winter ravages of snow and slide. Being of the independent kind, he incorporated his own railroad with less than a mile of track and leased snow fighting and tunnel building equipment to the PC&E.

In later years the Methven tracks were used as a shop for custom rebuilding of railroad equipment. Ski trains stop here in winter. Operations of the Cascade Timber Company can be observed on the mountains above at this grand scenic point.